This past season on Prison Break, Lane Garrison’s character “Tweener” met an awful fate when Special Agent Alexander Mahone (played by Willliam Fichtner) shot him in the head.

In Beverly Hills this past Saturday (12/2), Lane Garrison, 26, almost went the way of “Tweener” when the SUV he was riding in jumped a curb and hit a tree just before midnight. Although the actor received only minor injuries, the two 15-year-old girls in the car were both injured (one critically), and the 17-year-old boy was pronounced dead at Cedars-Sinai Medical Center. The names of those victims have not been released due to their ages.

According to the Associated Press, the SUV involved in the accident is registered to Lane Garrison. But Beverly Hills Police Sgt. Michael Hill tells People magazine that they are investigating the cause of the accident, stating, “There have been no charges. The case is under investigation. There has been no confirmation of information regarding what happened,” and added, “The ID of the driver is still to be determined.”

This morning, TMZ.com reports, “According to the Beverly Hills Police, actor Lane Garrison displayed ‘symptoms of alcohol intoxication.’ We’re told alcohol containers were removed from Garrison’s 2001 Land Rover.” Sadly, I would not at all be surprised it that were true.

Car accidents are awful moments in time. I do not wish such an experience on anybody — especially a fatal one. My thoughts and prayers are with the family of the deceased boy; no one should have to live the pain of burying their own child. 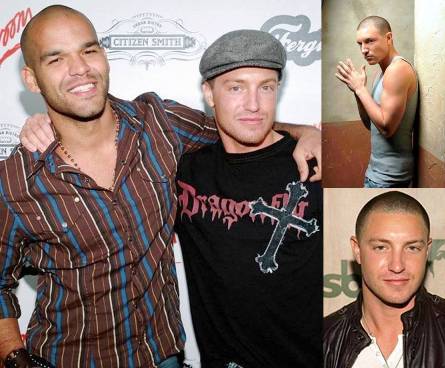