First of all, I didn’t know that Jay-Z is closer to 40 than to 30 – in fact, he turned 37 this past Monday (12/4). I did, however, know that Beyonce Knowles just turned 25 (9/4). That’s a twelve-year difference. Jay-Z was in the 7th grade when Beyonce was born. I don’t have a problem with the age difference, it’s just fun to think about what trouble Jay-Z was getting into as a 12 year old boy while Beyonce was spitting up and having her diapers changed.

Beyonce Knowles and Jay-Z started dating in 2003, and in true Hollywood style, the wedding rumors started shortly there after. The two have never actually admitted that they are a couple, but they’ve never denied it either. Which is fine; seeing how relationships in Hollywood are put under a microscope and for some reason held to higher standards than ones in the “real” world. It seems that the most successful couples in Hollywood are the ones who don’t talk about being a couple. Of course, “successful” is subjective.

According to Page Six (the gossip column in the New York Post), Beyonce Knowles is throwing Jay-Z a 4-day “surprise” birthday bash next weekend in the Caribbean. But it won’t be just a birthday party – it will also be their wedding!

Page Six also reports that a source told them, “Guests, including family and close friends, were told to have passport applications filed by last Friday so they can attend the bash on a yacht in St. Barts. But insiders said the guests will also be ferried over to Anguilla for the wedding at Cap Juluca, a five-star resort with Moorish villas. Another spy said Knowles and Jay-Z had toured the site earlier this year and approved it for their nuptials.”

Oddly enough, the news of this upcoming “surprise” wedding hit the wires just one day after Jay-Z’s new video ‘Lost One’, in which he raps about breaking up with Beyonce, debuted on MTV. And of course people are reading between the lines:

“I don’t think it’s meant to be, B/For she loves the work more than she does me/And, honestly, at 23, I would probably love my work more than I did she/So we ain’t we, it’s me and her/That’s was she prefers.”

I can see how people would think there is “more” to his rap than meets the eye since the part in question is pretty clear. Then again, it says she’s 23, and she’s 25 now, so maybe things have changed.

The more I think about it, the twelve-year age difference may actually work to their advantage. Jay-Z is old enough to (hopefully) know how to not act like a jackass, and Beyonce Knowles has certainly lived beyond her years. Guess we’ll just have to wait and see. 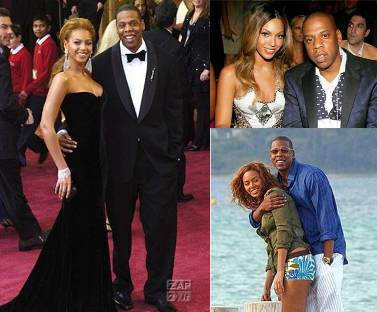