George Clooney, 45, has made it pretty clear that he has no plans to ever marry, but that doesn’t mean he doesn’t know how to have a long-term relationship. For the past 18 years he has given his heart to Max, his 300-pound potbellied pig, who he gained full custody of after his breakup with Kelly Preston (who is now married to John Travolta).

This past Friday (12/1), while George Clooney was out of town promoting his new film The Good German, Max passed away from natural causes, at their Hollywood Hills home. Max was often featured in interviews with Clooney, who affectionately referred to his pet as “Max, the star.”

At the Hollywood premiere of The Good German this past Monday (12/4) George Clooney was obviously saddened when asked about his dearly departed friend. He told PEOPLE magazine, “I’m good. I just got home this morning, or this afternoon, so it’s strange not having him sitting on the carpet in the house, but, you know… sad, actually.”

When US magazine asked what he would miss most about Max, he answered, “He was my alarm clock every morning. At 6:30 a.m., he woke me up. Tonight is the first night I’ll be home since he passed away so I’ll let you know how it goes.”

In response to questions about getting another pig, George Clooney simply said, “I think Max covered all my pig needs.”

It has always been a dream of mine to have a pet pig. But I would keep mine outside. They’re smart, but they’re also quite stinky. 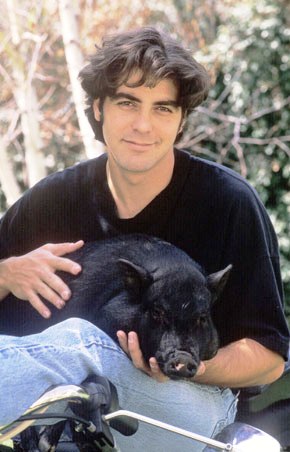 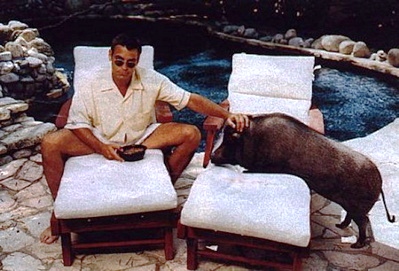