Rebel actress Angelina Jolie, 31, has done and said some pretty far-out things over the years. But I think the statement she made in an interview for February’s issue of Elle U.K. takes the cake. She has graduated from wearing a vile around her neck containing her husband’s blood (actor Billy Bob Thorton for those of you who may have forgotten), to admitting that she doesn’t love her baby with boyfriend Brad Pitt as much as she loves the two kids she adopted on her own.

“I think I feel so much more for Madd and Zee because they’re survivors, they came through so much. Shiloh seemed so privileged from the moment she was born. I have less inclination to feel for her…I met my other kids when they were 6 months old, they came with a personality. A newborn really is this…Yes, a blob! But now she’s starting to have a personality…I’m conscious that I have to make sure I don’t ignore her needs, just because I think the others are more vulnerable.”

Did she really just say that? It’s not exactly mean, but it’s riding a very thin line. After all, I think we can all agree that newborn babies are quite blob-like. But the fact that Shiloh came from Angelina’s uterus should give the baby a couple of brownie points at least. I can understand how she is thinking; I just can’t believe she said it out loud. 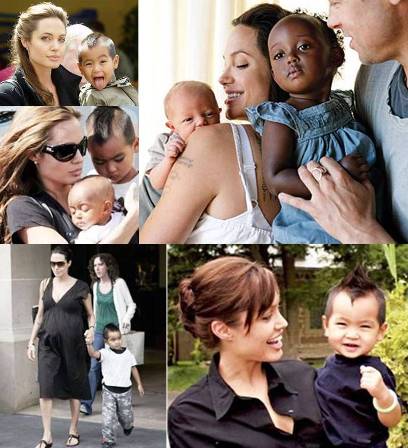