In the Awards family, the Oscars are the stuffy aunt whose opinion the family respects and around whom the family is on their best behavior. Everyone wears their best (or so they think) and they are polite and smile and thank everyone under the sun and lose with grace.

Last night was not really any different. Ellen DeGeneres hosted for her first time, and did a swell job. I especially liked her red velvet suit and her “Oscar Carrier” (pictured below). 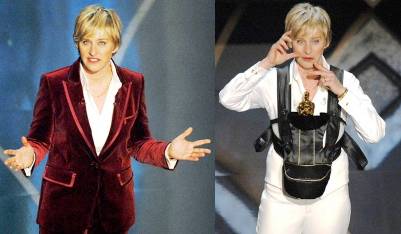 …and the Oscar goes to… 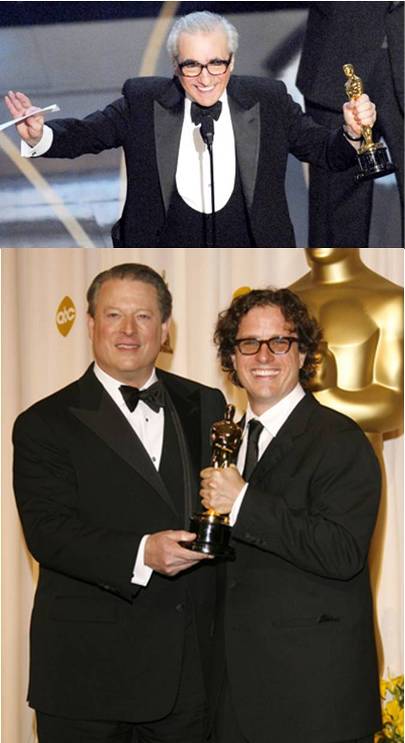 …and some other awards (given by yours truly)… 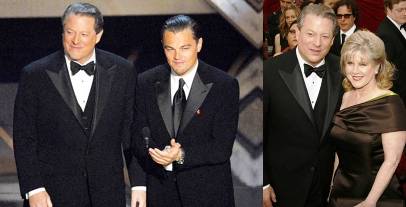 Brightest “Star”: Jack Nicholson’s head. What’s up with that?? 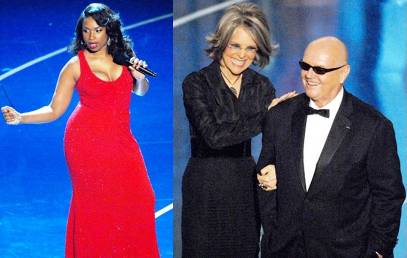 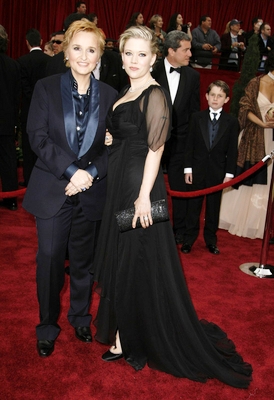 The late Jessica Tandy is the oldest woman to win Best Actress – she won for Driving Miss Daisy, at the age of 81.

The oldest actor to win a Best Actor Oscar was Henry Fonda, who at the age of 76 won the Oscar for On Golden Pond.

During his lifetime Walt Disney was awarded the most Oscars of anyone ever nominated, with 26 Academy Award wins; he had a total of 64 nominations.