The celebrity ballroom dancing competition show, Dancing With The Stars, is back next Monday, March 19th, on ABC (check local listings).

Heather Mills, 38, seems to be the most high profile contestant this season, in due part to the fact that she has a fake leg (the one she was born with was severed by a motorcycle years ago), but also because she’s the most famous gold digging ex-prostitute there is right now. That’s right, I said it.

I can’t wait to see if her leg is going to fly off while she’s dancing. That would be so hilarious! I’m not the only one who would love to see it happen. There’s a website where one can place a bet on such an occurrence.

I don’t really care who wins the competition. But I am looking forward to seeing John Ratzenberger, Ian Ziering, and Joey Fatone. So even if Heather Mills loses her leg the very first night and gets booted the next, there will be something to watch. 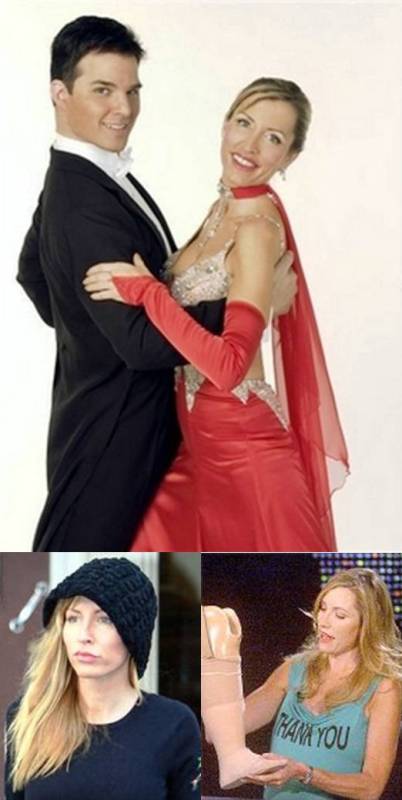