Home
Hollywood Gossip
The Anna Nicole Smith Drama – File This One Under DUH!

If you haven’t already heard, today Larry Birkhead was revealed as the biological father of the late Anna Nicole Smith’s daughter, Dannielynn. A fact that has pretty much always been known to be true, but now it’s official.

It was announced Monday that Howard K. Stern would not fight for custody if Larry Birkhead turned out to be the baby’s biological father. It may look like a gesture of good will, but my theory is that Howard K. decided to admit defeat that way instead of when the results came in. The DNA results were really just a formality. Howard K. has always known he wasn’t Dannielynn’s father because he never had sex with Anna Nicole. The only person who says he did, is Howard himself.

I heard a woman on the news (I can’t remember who it was; Howard’s sister or lawyer, maybe) contest that Dannielynn would be traumatized if she were taken from Howard’s care and put into Larry’s. Ummm……….first of all, Howard has hardly been with the baby, if anything Dannielynn thinks the old lady in the Bahamas is her mother. Second of all, the baby is only 6 months old! I think she’ll adjust. Especially since she’ll be with her biological father who genuinely loved Anna Nicole Smith and sincerely misses her, and who can share with their daughter the wonderful things about her mother. Howard K. would probably just get Dannielynn addicted to drugs like he did Daniel and Anna Nicole.

As for Anna Nicole’s mother, Virgie Aurthur, who seems to think that she is the most fit person to raise Dannielynn, someone needs to explain to her that she didn’t do a very good job with her own daughter, so perhaps she shouldn’t raise her granddaughter. I do think she should be in the little girl’s life, but not as someone rearing her and preparing her for the world.

So the DNA results are in, confirming what we all already knew (those of us with common sense, anyway). But the Anna Nicole Smith Drama is not over. Not by a long shot. I have a feeling that there’s going to be a lot more juicy bits coming to the surface. 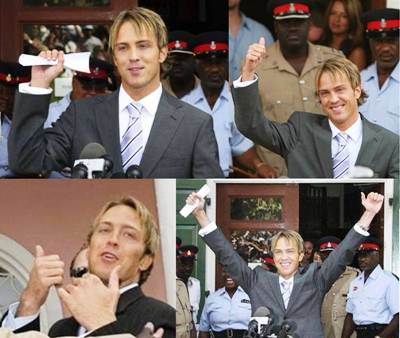 I wonder what Larry is thinking: 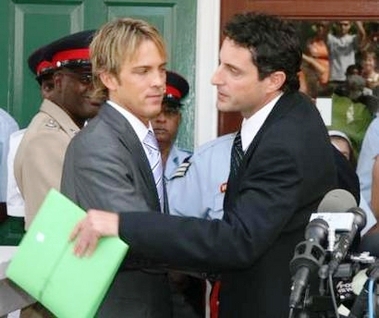 In case you had any doubt that Howard K. didn’t know from the beginning how the DNA test would turn out, check out the look on his face as he exited the courthouse after the reveal: 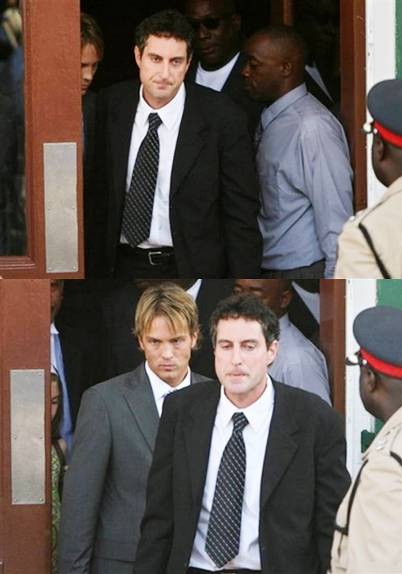