I’m always getting on my boyfriend about how he needs to drink more water. I’m sure you can relate in one way or another.Maybe I’ll print out this list and put it on the fridge so I can point to it the next time he (or I) want Coke instead of water.

#1. 75% of Americans are chronically dehydrated. (This likely applies to half the world population).

#2. In 37% of Americans, the thirst mechanism is so weak that it is mistaken for hunger.

#3. Even MILD dehydration will slow down one’s metabolism by 3%.

#4. One glass of water shut down midnight hunger pangs for almost 100% of the dieters studied in a University of Washington study.

#5. Lack of water is the #1 trigger of daytime fatigue.

#6. Preliminary research indicates that 8-10 glasses of water a day could significantly ease back and joint pain for up to 80% of sufferers.

#7. A mere 2% drop in body water can trigger fuzzy short-term memory, trouble with basic math, and difficulty focusing on the computer screen or on a printed page.

#8. Drinking 5 glasses of water daily decreases the risk of colon cancer by 45%, plus it can slash the risk of breast cancer by 79%, and one is 50% less likely to develop bladder cancer.

#1. In many states the highway patrol carries two gallons of Coke in the trunk to remove blood from the highway after a car accident.

#2. You can put a T-bone steak in a bowl of Coke and it will be gone in two days.

#3. To clean a toilet: Pour a can of Coca-Cola into the toilet bowl and let the “real thing” sit for one hour, then flush clean. The citric acid in Coke removes stains from vitreous china.

#4. To remove rust spots from chrome car bumpers: Rub the bumper with a rumpled-up piece of Reynolds Wrap aluminum foil dipped in Coca-Cola.

#5. To clean corrosion from car battery terminals: Pour a can of Coca-Cola over the terminals to bubble away the corrosion.

#6. To loosen a rusted bolt: Apply a cloth soaked in Coca-Cola to the rusted bolt for several minutes.

#7. To bake a moist ham: Empty a can of Coca-Cola into the baking pan, wrap the ham in aluminum foil, and bake. Thirty minutes before ham is finished, remove the foil, allowing the drippings to mix with the Coke for sumptuous brown gravy.

#8. To remove grease from clothes: Empty a can of Coke into the load of greasy clothes, add detergent, and run through a regular cycle. The Coca-Cola will help loosen grease stains. It will also clean road haze from your windshield.

#1. The active ingredient in Coke is phosphoric acid. It will dissolve a nail in about four days. Phosphoric acid also leaches calcium from bones and is a major contributor to the rising increase of osteoporosis.

#2. To carry Coca-Cola syrup (the concentrate) the commercial trucks must have a Hazardous Material place card reserved for highly corrosive materials.

#3. The distributors of Coke have been using it to clean engines of the trucks for about 20 years!

Makes you wonder what it’s doing to your insides. I wonder if Pepsi is the same? 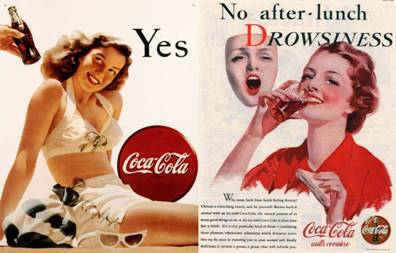