Here’s the latest update from the saga of our favorite Hollywood Heiress, Paris Hilton…

*After throwing a fit when ordered back to jail last Friday, Paris has calmed down a bit and decided not to appeal. She will remain in jail and finish out her (original) 45 day sentence.

*The mystery illness that helped release her last Thursday was apparently dehydration. Paris was refusing to eat or drink because she was afraid someone would snap a picture of her going to the bathroom, on a cell phone or something, and plaster it all over the internet. I’m not even going to make a joke about that because that would absolutely be embarrassing, and no one deserves that sort of humiliation. Well, except my ex-boyfriend maybe.

*On The View this morning, Barbara Walters discussed the conversation she had with Paris this weekend (a well planned spontaneous collect call, I’m sure), quoting the millionaire inmate as saying, “I’m not the same person I was…I used to act dumb. It was an act. I am 26 years old, and that act is no longer cute. It is not who I am, nor do I want to be that person for the young girls who looked up to me.”

Barbara went on to say that Paris sounded “tired but totally aware of what she was saying.”

Paris also told Barbara, “I know now that I can make a difference, that I have the power to do that. I have been thinking that I want to do different things when I am out of here…I have become much more spiritual. God has given me this new chance.” She goes on to say, “I feel that the purpose of my life is to be where I am…My spirit or soul did not like the way I was being seen and that is why I was sent to jail. God has released me.”

(Hence my prediction that she’ll become a born again. Don’t say I didn’t warn you.)

Paris Hilton is considering pursuing work to raise awareness about breast cancer or multiple sclerosis. Not only that, the new and improved celebutante wants to persuade toy companies to manufacture a Paris Hilton playhouse which could be donated to sick children.

As for her pride and vanity, she told Barbara that her first days in jail were a “horrible experience” and that she was “severely depressed and felt as if I was in a cage.” She also admitted that she hasn’t looked in a mirror since she’s been locked up and that her face is dehydrated due to the ban on moisturizer, “It doesn’t matter,” she said, “I’m not that superficial girl.”

We’re going to have to wait until she’s completed her punishment to see if she’s really singing such a tune. Maybe this is really real. Maybe Paris Hilton actually has turned over a new leaf.

I remember a rumor that was going around last year about Paris Hilton starring as Mother Theresa in a biopic movie. What if the person who started that rumor knew something about Paris we are only now beginning to find out? 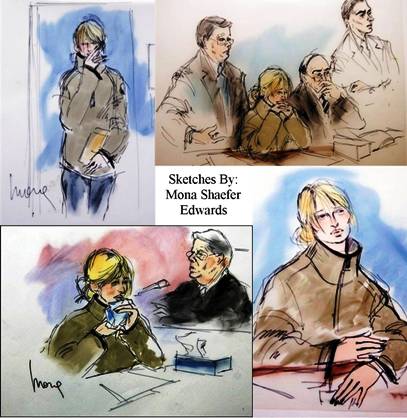