If you are unaware that The Simpsons will FINALLY be on the big screen July 27th, then I have no further business with you this evening. The Simpsons have gotten me through some very tough times – I find the theme song quite soothing. But I digress…

The Simpsons live in Springfield, but until now we’ve never known what state. Fourteen Springfields from across the country competed for the coveted title of the animated family’s home state and host of the “official” movie premiere. 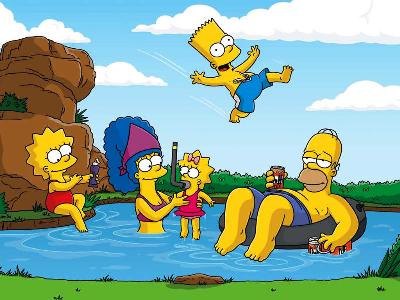 Fun facts about the State of Vermont:

Vermont was the first state admitted to the Union after the ratification of the Constitution.

Montpelier, Vermont is the only U.S. state capital without a McDonalds.

Until 1996, Vermont was the only state without a Wal-Mart.

Women must obtain written permission from their husbands to wear false teeth.

At one time it was illegal to tie a giraffe to a telephone pole.

It is illegal to deny the existence of God.

More dumb laws from around the country at DumbLaws.com