The abduction and murder of 6 ½-year-old Adam Walsh, who disappeared in 1981 from a Florida mall, is one of the most famous missing children cases in America.

It was a crime that outraged a nation and propelled Adam’s father, John Walsh, to devote his life to fighting crime on the television program “America’s Most Wanted.”

John Walsh remains convinced the killer of his son was drifter Ottis Toole, now deceased. Walsh’s longtime friend and colleague Joe Matthews has been investigating the case for a year and says he has evidence of Toole’s guilt — although the crime remains officially unsolved.

But in those chaotic early days of the investigation, in a time before amber alerts and DNA, what clues may have been missed?

For the past 11 years, a true-crime author named Arthur Jay Harris has been investigating the case on his own, and he has uncovered a shattering revelation. Who was working only minutes from that mall that morning? Jeffrey Dahmer, the serial killer.
COMPLETE ARTICLE 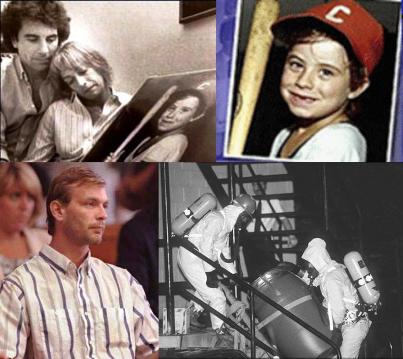