Wow, it’s hard to believe that the Material Girl is 49. 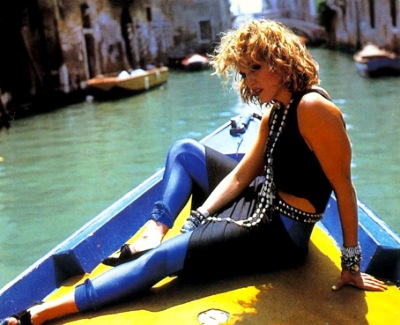 While salmon fishing near the Klondike River in Canada’s Yukon Territory on this day in 1896, George Carmack reportedly spots nuggets of gold in a creek bed. His lucky discovery sparks the last great gold rush in the American West.

On August 16, 1920, Cleveland Indians shortstop Ray Chapman is struck in the temple by a ball pitched by Carl Mays of the New York Yankees. He died 12 hours later. This was the first and only death to occur as the result of a pitched ball in major league history.

A plane crash at Detroit Metropolitan Airport in Michigan kills 156 people on this day in 1987. A four-year-old girl was the sole survivor of the accident, which was caused by pilot error.