Home
Hollywood Gossip
Sen. Larry Craig Says He’s Not Gay. Or Is He?

So let me get this straight…Idaho Senator Larry Craig pleaded guilty to lewd conduct, and now (that it hit the news) he’s denying it ever happened. Oh yeah, and he’s denying that he’s gay; which he probably is.

I mean, it’s not like we haven’t seen it before. A skeleton in some government mucky-muck’s closet is revealed and he recoils in fear, denying it all.

Craig, a third-term senator from Idaho, proclaimed his innocence as well as his sexuality less than an hour after Senate leaders from his own Republican Party called for an ethics committee review of his case.

Apparently, he has been in denial since the 80s. Back in October of 2006, headlines read Idaho Sen. Larry Craig Denies Allegations of Same-Sex Affairs.

The official police complaint on Craig’s case was quite specific….

… The complaint said Craig then tapped his right foot several times and moved it closer to Karsnia’s stall and then moved it to where it touched Karsnia’s foot. Karsnia recognized that “as a signal often used by persons communicating a desire to engage in sexual conduct,” the complaint said. 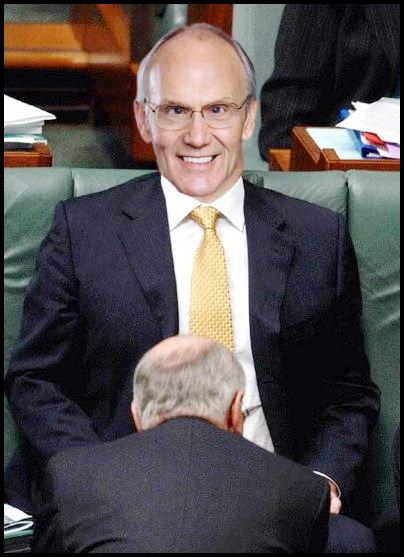