If it’s all true, this will be the third marriage for Pam and the second for Rick. Pam, of course, was previously married to both Tommy Lee and Kid Rock; Rick was married to Shannon Doherty. If you’re keeping score, Pam and Rick also each have their own sex tapes as well as questionable taste in lovers.

This may seem like an odd pairing to you, but maybe Pam thinks her career is going down the tubes, and seeing how Rick Salomon launched Paris Hilton into massive fame, he’s the perfect choice to help Pam.

Of course, it could all be a publicity stunt too. It’s not as though such a thing has never been heard of before – remember when Michael Jackson and Lisa Marie Presley got married?

I guess we’ll just have to wait and see what happens. Taking into account their past behavior, Pam and Rick as a married couple are going to be fun to watch. I wonder how long before a sex tape with Pam and Rick hits the internet. 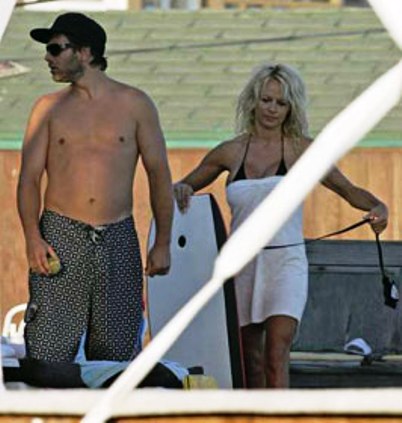