If the great John Lennon were alive he would be turning 67 years old today.

May he and his messages of love and peace never be forgotten. 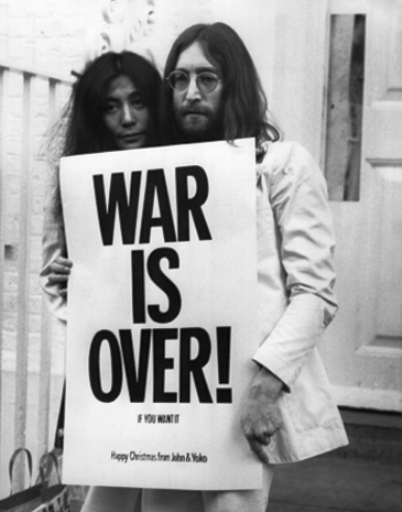 PEACE: A state of mutual harmony between people or groups of people.

He loved cats and at one point owned six at once.

After he heard Elvis Presley’s song “Heartbreak Hotel” John new he wanted to be a “rocker.”

John got the chance to meet Elvis in 1965 – Elvis called John “Beatle” because he was unsure of John’s name.

Once upon a time The Beatles were called Johnny and the MoonDogs.

From the mouth of John Lennon:

More on the legendary man at John Lennon.com