Ummm…..I mean Matthew McConaughey’s bike. Or maybe I’ll encase it in bullet proof glass and just stare at it.

In case you were wondering, yes, I would totally accept Matthew McConaughey’s motorcycle as a gift were you to buy it for me.

Think you’ll never get the chance to shower me with such love? 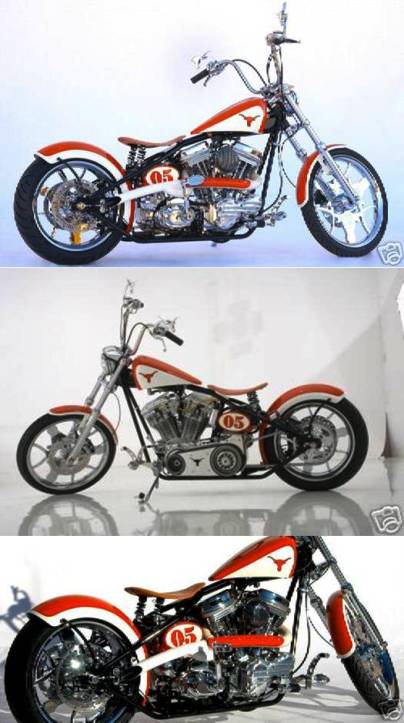 Fun facts about the University of Texas:

The Longhorn Band was founded in 1900 by chemistry professor E. P. Schoch.

UT owns the largest bass drum in the world called “Big Bertha”. It was introduced in 1955 and was donated by D. Harold Byrd. It measures 8 feet in diameter, 54 inches in width and weighs 500 pounds. Four “Drum Wranglers” look after it at each game.

Oh goodness, I almost forgot to show another gorgeous creation… 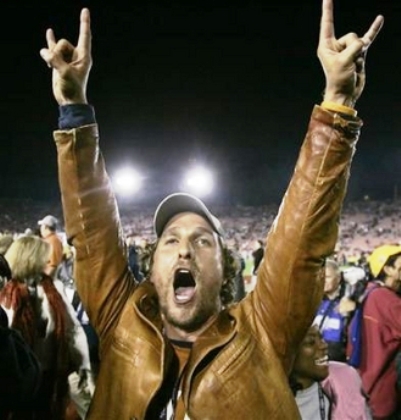