If you haven’t heard, rapper Kanye West‘s mom, Donda, died last Saturday when she stopped breathing while recovering from plastic surgery procedures she had performed the day before.

Her murderer, er, doctor was Jan Adams, a man with a history of questionable behavior. Brought to us by The Hollywood Gossip, here are some of the highlights:

*In a lawsuit filed in Los Angeles County Superior Court, Lori Ufondu claims that in 1996, she underwent breast augmentation by Dr. Adams. In 2003, she underwent revision surgery by another doctor, who discovered that a surgical sponge was left there, allegedly by Dr. Adams.

*In 2002, Adams’ girlfriend files for a restraining order against him. In the papers, Deborah Pratt stated the “Defendant has an unfortunate drinking problem and unless restrained immediately, will assert the worst side of his ‘Jekyll and Hyde’ personality when he is intoxicated.”

*Teana Lucas claims the doctor agreed to perform liposuction on her upper arms and abdomen. The plaintiff, an aspiring model and actress, alleged as the procedure was about to begin, Dr. Adams “whispered in plaintiff’s ear that he ‘loved’ her, that he was ‘going to marry her.”

On November 24, 2004, the suit alleges Dr. Jan Adams told her she should get dressed and that he was taking her out for dinner. After three glasses of wine, the heavily-medicated plaintiff claims she was “heavily intoxicated.”

That’s when, according to the suit, Dr. Jan Adams took her to his house and had sexual intercourse with her.

Wow, sounds like this Jan Adams dude is a real stand-up guy. He and OJ Simpson should hang out – in jail. And by ‘hang out’ I mean get it in the you-know-where, by the biggest meanest dude on the cell block. 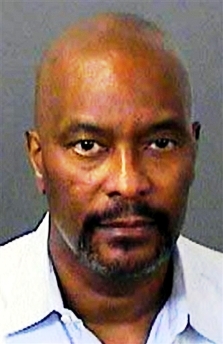 You might recognize “Dr.” Jan Adams from the 2001 TV show, The Other Half. 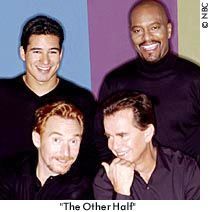 Breaking news and details at TMZ.com