Nicole Kidman is not expecting her first child with husband Keith Urban, as it was being reported by pretty much everyone yesterday. According to the actress’ Australian publicist, the rumor of a Kidman pregnancy, “…is incorrect…she must have had about 30 babies by now.”

Hmmm…..isn’t that what all publicists say about a month before they publicly announce the actress is in deed with child? I hate to give credit to the out and out tabloids, but they have been correct about a lot of celebrity pregnancies. Although I do think that Nicole Kidman has been marked as pregnant several times – remember when she was dating Lenny Kravitz? They were getting married or pregnant like every other week.

…London’s Daily Mail.…The typically outrageous British tabloid made the pregnancy proclamation on Saturday, saying the 40-year-old Golden Compass star and the 40-year-old country sensation had begun breaking the stork news to friends and family over their Christmas vacation. Nicole, Keith Not Kidding Around – E!online

I guess we’ll just have to wait and see how this story turns out – it’s like that book you pick up every once in a while and read just to pass a little bit of time. If Nicole Kidman does become pregnant, she’d be smart to not tell anyone – until the kid is born, anyway. 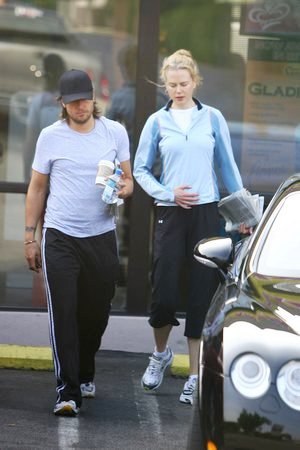