Home
Hollywood Gossip
What ARE They Wearing? – Mr. Blackwell’s List

Fashion Nazi Mr. Blackwell is at it again, releasing his 48th annual Worst Dressed List. And the winners are…

10. Alison Arngrim: “Little Nellie of the prairie, looks like a 1940’s fashion editor for the Farmers Almanac.”

8. Jessica Simpson: “Forget the Cowboys. In prom queen screams, can it get any worse? She’s a global fashion curse!”

6. Eva Green: “Stuck in neon nightmares not fit for the sane. Fashion this loud could give Bond a migraine! A profusion of confusion from toes to nose!”

5. Kelly Clarkson: “Her heavenly voice soars above the rest… but those belly-baring bombs are hellish at best! She may be the queen of ‘Pro-Active’ – but that wardrobe looks downright radioactive!”

4. Fergie: “Another style-free ‘Fergie’ in fashion’s hall of shame? Yes, when it comes to couture chaos, guess it’s all in a name!”

3. Mary Kate Olsen: “YIKES! In layers of cut-rate kitsch, Mary Kate’s look is hard to explain… she resembles a tattered toothpick-trapped in a hurricane!”

1. Victoria Beckham: “Forget the fashion spice – wearing a skirt would suffice! In one skinny-mini monstrosity after another, pouty posh can really wreck-em.”

Noticeably absent from the list? Britney Spears. To that, Mr. Blackwell says..

“For those of you who were expecting to see Britney’s name adorn the 2007 list, I felt that it was in appropriate at this time to make comment, when her personal life is in such upheaval. I hope 2008 is a better year for her.”

Wow, who would of thunk it? Mr. Blackwell actually cares about people and perhaps even their feelings. 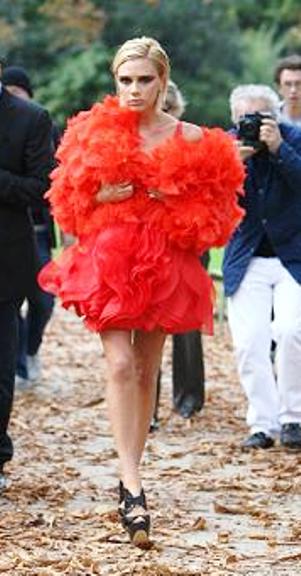