Tom Cruise loves Scientology. LOVES it! He is a hardcore Scientologist and loves to talk about it with anyone who will listen. He is also crazy and frighteningly weird. A video surfaced of him professing his love of Scientology and being a Scientologist about a week ago and spread across the internet faster than a cheetah with the runs. A copy of this insane video can be seen at Gawker.com – Exclusive: The Cruise Indoctrination Video Scientology Tried To Suppress.

Jerry O’Connell loves to parody Tom Cruise. LOVES it! This is one of the funniest things I’ve seen in awhile. Jerry O’Connell is spot on and hilarious!!

The “parody video Tom Cruise WANTS you to see!” was found at FunnyOrDie.com

As a child he was bitten by a dog. This resulted in 74 stitches and the scar on his upper lip.

As an 11-year old, practicing his lines for Stand by Me O’Connell was impressed he was allowed to swear.

O’Connell is still unwilling to talk about Stand by Me due to his being overweight at that time.

O’Connell could have joined U.S Olympic fencing team, his highest rank in fencing was 17th in the country. He declined the opportunity in favor of pursuing his acting career.

Jerry O’Connell and Rebecca Romijn (a Berkeley, CA native and ex-nursery school student of my step-father) were married in Calabasas, CA on July 14, 2007. 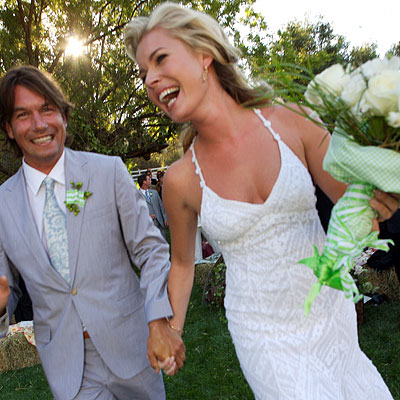 Image Source: [blog for the brides]