Ooooh! Someone’s gonna get it!! And his name is Osama! No, not that Osama, I’m talking about our dear Mr. Lutfi.

Britney Spears is experiencing a calmer life these days – thanks in part to her father being in charge of her life, and Sam Lutfi being OUT of her life.

Since Britney’s dad took over, she’s been behaving herself; doing something constructive by dancing and teaching dance to kids, and apparently taking her medication. Hmm, funny how as soon as Lutfi is out of Britney’s life, she’s normal again (normal, of course, being a relative term since we are after all, talking about bipolar Britney Spears).

The Los Angeles Police Department thinks it’s interesting too and they’ve decided to take a deeper look at the whole situation.

TMZ has learned Sam Lutfi is under investigation by the LAPD for allegedly drugging Britney Spears.

Law enforcement sources tell us the Major Crimes Division of the LAPD is on the case. The conservators have complained that Lutfi drugged Spears as a way of keeping her under his control. We’re told the investigation is very much active.

I said it once before, and I’ll say it again – Sam Lutfi is to Britney Spears as Howard K. Stern is (was) to Anna Nicole Smith.

When will the madness end? 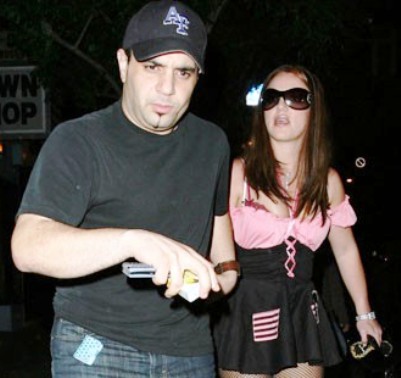 Svengali: a person who, with evil intent, manipulates another into doing what is desired. It is frequently used for any kind of coach who seems to exercise an extreme degree of domination over a performer (especially if the person is female or believes he or she can only perform in the presence of the coach).