Home
Hollywood Gossip
The 80th Annual Academy Awards – A Quick Round Up.

The 80th Annual Academy Awards were last night on ABC. I took some notes…

*Regis Philbin was the red carpet host. An alright choice I guess.

*George Clooney was the first celebrity to talk with Regis. George’s girlfriend Sarah was a simple beautiful.

*Helen Mirren was gorgeous as usual; she really knows how to dress her body.

*Hilary Swank is not pretty – at least not from the neck up. She looks like a horse. Yeah! I said it!

*Jack Nicholson has hair this year, and is (of course) wearing sunglasses.

The opening sequence consisted of an animated Hollywood with an armored truck speeding through the streets passing characters from movies past. The truck stopped in front of the Kodak Theater to drop off the Oscar statues. And who do you suppose was driving the truck? None other than the Terminator (and California Governor) Arnold Schwarzenegger, naturally.

Jon Stewart was once again the host, and he did a splendid job. I don’t have cable so I don’t get to watch the Daily Show, and I miss it thoroughly.

The presenters and winners (in order of appearance):

There were montages and flashbacks through 80 years of Oscars, and little video clips of past winners talking about their win. There was also the normal ‘In Memoriam’ sequence which ended with Heath Ledger, but left out Brad Renfro; which didn’t really sit right with me.

And of course, there was the fashion… 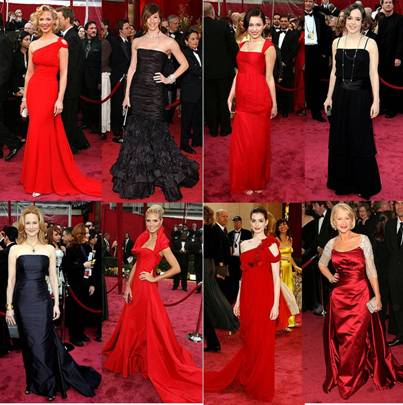 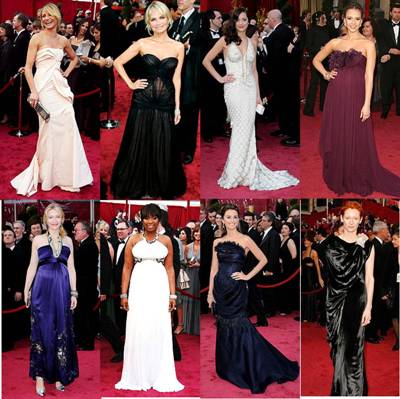