Home
Hollywood Gossip
Lindsay Lohan. Off The Hooch And Ready To Work.

In case you haven’t heard, Lindsay Lohan is back and better than ever. Well, I guess “better” still remains to be seen; but she isn’t a raging drunk anymore, and that’s a good start. She did an interview with Paper magazine for their March issue and tells the world, “I am what I am.”

… Lohan is a girl who likes her vices, but after a year scarred with yet another car accident (her fourth since 2005), three stays in rehab, and 84 minutes in jail, she seems genuinely ready to mellow out, clean up, and, most importantly, get back to work. Far spookier for her than plowing her Mercedes into a bush on Sunset Boulevard, apparently, is being absent from a movie set since she starred in the universally panned horror flick I Know Who Killed Me, released last summer. Lindsay Lohan – Girl, Interrupted 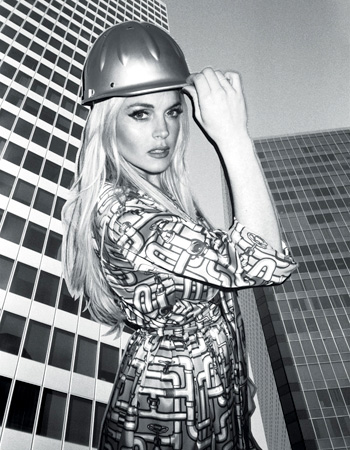 In terms of her well-chronicled, pre-rehab hard-partying ways, “I had a lot going on in my life and that was a way of hiding from it,” she explains. “I hadn’t seen my dad; I had a lot of work stress ’cause I was constantly working and never took time to stop.”

… “Everything was go-go-go, and the easiest thing was to run away from it, going out and drinking at night,” she says. “You know, you don’t have to think when you let go sometimes.”

… “There’s not really much else to do when you’re sitting in a treatment center. It’s like, ‘Why am I here? Let’s think,’ “she concedes. 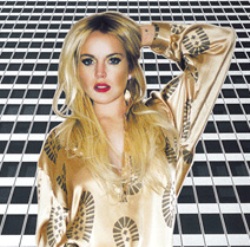