And just when I decided that she was going to be pregnant forever.

Congratulations to Halle Berry and Gabriel Aubry on the March 16th birth of their daughter. A rep for the 41-year-old actress says that Halle is “doing great.”

The pregnancy was publicly confirmed by Halle last September to Nancy O’Dell of Access Hollywood. “Gabriel [32] and I are beyond excited, and I’ve waited a long time for this moment in life. Now the next seven months will be the longest of my life!” she said.

Halle, who met Gabriel in November 2005, has for years been open and vocal about her desire to start a family. In April of 2007 she sat down with Nancy O’Dell and talked about plans to have children. “Not that there’s not more to accomplish, but I think I arrived at a point in life that I realized I needed more to get me up in the morning. More than going to a new movie set. Or as much fun as getting the star was yesterday, I need something even more profound than that and that’s family. And that’s children,” Halle said. “I need that like the air to breathe these days and I’m ready. I’m at a point where I’m really, really ready.”

Last October Halle told Oprah that while she and Gabriel have no plans to marry, they are fully committed to each other. “I feel more married, in a way, than I ever have in two marriages before…He really understands the spiritual connection is so much more important than the paper and the pomp and circumstance and the ceremony.” 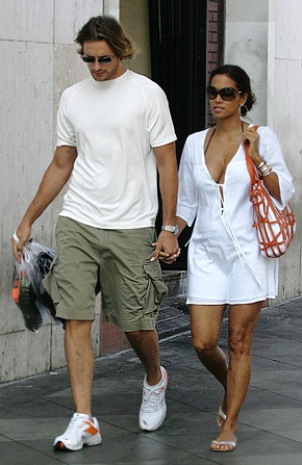