Home
Hollywood Gossip
Nick Bollea In Jail The Next 8 Months.

Last August, Hulk Hogan’s son Nick Bollea almost killed his best friend when he crashed his father’s sports car and completely totaled it. His friend John Graziano was not wearing a seat belt (why???) and is now a paraplegic.

As his punishment, Nick Bollea will spent the next 8 months behind bars at Pinellas County Jail, then the next 5 years on probation, during which he must complete 500 hours of community service. Nick’s license has been suspended for a mere three years, and he must attend DUI classes as well as take an advanced defensive driving course.

“I would like to apologize to the Grazianos and to my family for the accident. Every single day I think about the accident and about John,” Bollea said in court.

He then turned around to look at the Graziano family and said: “I will never ever be able to say I’m sorry enough.” People.com

Nick was removed from the court room in handcuffs and was not allowed to say goodbye to his family. Hulk Hogan (Terry Bollea) stood in silence and watched as his son was lead away.

I really hope Nick uses his time in jail to look deep within himself and reflect on the pain he has caused. So many young celebrities have gone to jail and come out a “changed person,” but few have proven that to be true. 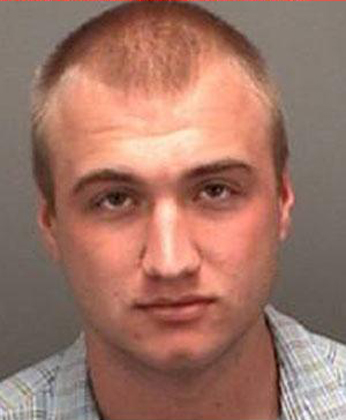