A collective squeal from giddy females around the world could be heard today. George Clooney is back on the market.

It was only a matter of time, really. I mean, Sarah Larson is 29 and I’m sure feels the good ‘ol biological clock beginning to tick and probably wants to settle down. 47-year-old George Clooney, on the other hand, has stated time and time again that he has no desire to marry or have children.

Oh, I’m sure Sarah told herself that all that didn’t matter – that she didn’t want to get married either – that she was just in it for the fun. Ah, what a difference a year makes.

This rumor, of course, is just that – a rumor. Nothing has been confirmed. Blah, blah, blah.

The actor’s rep, Stan Rosenfield, would only say: “We do not comment on George’s personal life.”

Earlier this year, Larson accompanied Clooney to the Oscars – the first girlfriend ever to go with him to the event.

Though there was speculation that Clooney would end his longtime bachelorhood, in March the actor shot down rumors of an engagement.

Next up for Clooney is the Coen brothers movie Burn After Reading, co-starring Brad Pitt, due out in September. 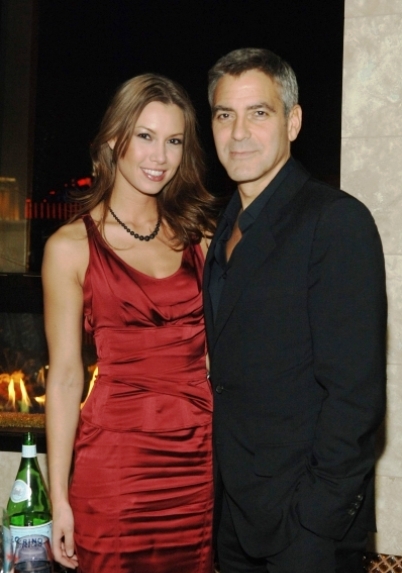