This could be the BIG one, people! That horrific day we’ve known would come sooner or later – when the world goes all topsy-turvy and nothing on Earth is ever the same again.

A doomsday event is a specific occurrence which has an exceptionally destructive effect on the human race. The final outcomes of doomsday events may range from a major disruption of human civilization, to the extinction of human life, to the destruction of the planet Earth, to the annihilation of the entire universe.

A 2006 poll by SciFi.com revealed that virtually all Americans believed that some sort of doomsday scenario could realistically impact the human race, and that many feel that such a scenario is likely to be man-made.

Translation: If rumors of a Paris Hilton pregnancy are true, we all better watch out and keep an eye on the sky for any notion of our destruction (Hey, that kinda rhymed). Paris’ reps of course say she isn’t pregnant, but we all know how that song goes; the reps say no way and in two months the celebrity is saying yes way.

Oh so much more on how Paris Hilton may or may not be carrying Benji Madden’s spawn:

Dlisted – There’s No Way This Ho Is Knocked Up 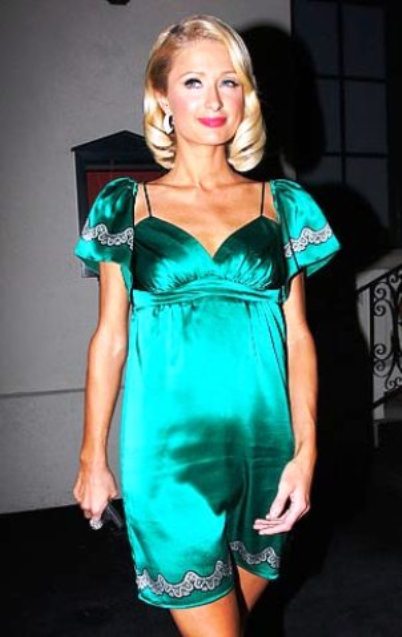