In the Hollywood Gossip world of vicious rumors and juicy lies, it’s nice to have a feel-good story come along. Don’t get me wrong, I know there are lots of genuinely nice and caring celebrities, but we just don’t hear about them as often as we hear about Britney Spears descending into madness, Paris Hilton giving trashy skanks a bad name, or Lindsay Lohan going from an addiction to cocaine to an addiction to Sam Ronson.

Reality TV and music star Reverend Run and his wife, Justine, this week teamed up with Kool-Aid and KaBOOM!, a national non-profit organization that helps build playgrounds for kids across America. Donning yellow hardhats, the pair, who star together on MTV’s Run’s House, spent a day building playgrounds at the L.A. County Teen Challenge Center in Lynwood, Calif. “I’m personally committed to bringing families together – at the dinner table, in communities and on playgrounds,” said the Run DMC member. Over the summer, Rev. Run will move on to Houston, Atlanta and Cleveland to help build playgrounds in each city. – Jennifer Garcia People

Oh so much more on Reverend Run…

Whose House For Sale? Run’s House!

Joseph Ward Simmons (born November 14, 1964) is one of the founding members of hip hop group Run-D.M.C.. He is known as DJ Run, Joey Simmons or Rev Run, which is a play on his religious title. Born in Hollis, Queens, New York, he is the youngest brother of Daniel “Diggy” Simmons, Jr and Russell Simmons, Def Jam Records co-founder. He entered the scene via his older brother Russell, as a DJ for his first big act Kurtis Blow. He assumed the alias ‘Son of Kurtis Blow’, but later changed it to ‘Run Love’. 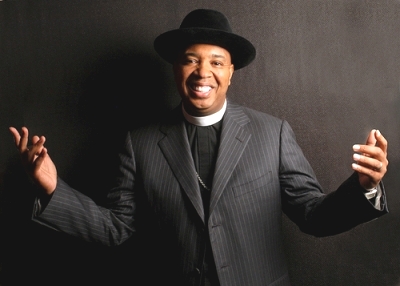