Congratulations to Jessica Alba and new husband Cash Warren, who welcomed a baby girl into their family this past Saturday, June 7th. The happy couple named their bundle of joy, Honor Marie Warren; a name Jessica talked about choosing a few months ago.

Honor: The girl’s name Honor \ho-nor\ is pronounced AHN-er. It is of Latin origin, and its meaning is “woman of honor”.

Congratulations also go out to Tori Spelling and Dean McDermott who brought their second child into the world today; a girl named Stella Doreen McDermott, who weighed in at 6lbs 8oz.

Stella: The girl’s name Stella \s-tella, st(el)-la\ is pronounced STEL-ah. It is of Latin origin, and its meaning is “star”. Mostly literary use until the 19th century, when the name became popular. Linked in most minds to the movie “A Streetcar named Desire”, where Marlon Brando bellowed “Stella!”

I must say, I’m quite pleased with the names that were chosen. As we all know, sometimes celebrities can go way over board with naming their babies (hello Jason Lee and your little Pilot Inspektor Riesgraf Lee).

In related baby news, Mark Wahlberg and his longtime girlfriend Rhea Durham have announced that their number of offspring will soon be three. And they may not stop there. Already with a 4-year-old daughter and 2-year-old son, the actor said Monday, “When the kids are good, we want eight or nine… When they’re bad, we [want] to stop at three.” 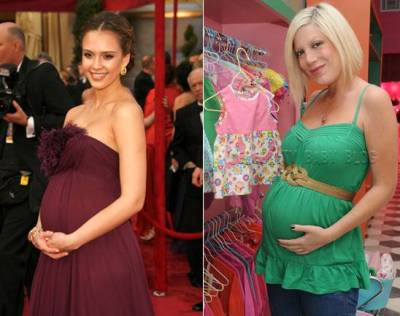