Actor/Comedian Bernie Mac died today in Chicago from pneumonia; just a few days ago we were told he’d be just fine. Looks like the joke’s on us. Bernie Mac will be greatly missed.

Mac, whose real name is Bernard McCullough, passed away early this morning at Northwestern Memorial Hospital. He was 50 years old.

His rep just issued the following statement to TMZ: “Actor/ comedian Bernie Mac passed away this morning from complications due to pneumonia in a Chicago area hospital. No other details are available at this time. We ask that his family’s privacy continues to be respected.” 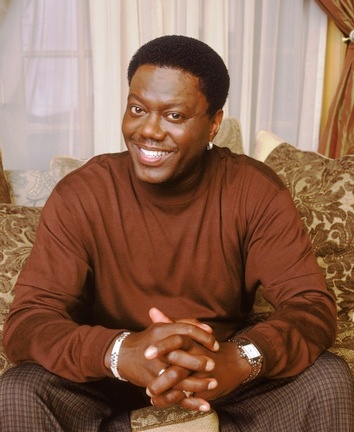 He started his career in stand-up comedy in 1977.

His first professional comedy gig was at The Cotton Club in Chicago. He was so broke, he had to borrow a suit from his brother.

You’ve got guys in charge of shows who probably went to school for chemistry, and now they’re executive producers.

Every time you see a black romance it’s over-the-top. There always has to be extreme hostility between the sexes. He has to cheat. she has to show him how independently strong she is, not just as a woman but as a black woman.

‘The Bernie Mac Show’ is my life. It’s the truth, and I’m not ashamed of a minute, an hour, or a second of my life.