I’m sure you’ve heard by now that Kanye West was arrested this morning at the Los Angeles Airport.

The story goes that the arrogant musician and his bodyguard were walking through the American Airlines terminal, where a photographer was trying to take their picture. Kanye flips out and he and his bodyguard proceed to grab the guy’s camera and smash it to bits. Then the bodyguard spots a TMZ camera man and goes loco on that guy too, all the while Kanye West is yelling, “Gimme that f**king tape!”

I guess Kanye West doesn’t quite know how to handle fame. You know, he didn’t throw one of his stupid fits this year at the MTV VMAs, maybe he was saving up for this.

Both Kanye West and his bodyguard were arrested and booked on charges of felony vandalism.

[On the video] You see Kanye (in a gray hooded sweatshirt) and his bodyguard/road manager (in the red) grabbing the camera away from the photog. It appears the bodyguard, Don Crowley, gets the camera and Kanye gets the lighting component. Crowley smashes the camera to the ground and Kanye does the same with the light.

Erik, our camera guy, then comes closer and the bodyguard then comes up and wrestles his camera away, ultimately breaking it.

Watch the video then read an eyewitness account of the craziness.

Some crazy stuff went down at LAX yesterday too. A few airport police got a little over zealous and now there’s an investigation. And it’s all because of unwed teen mother, Jamie Lynn Spears. 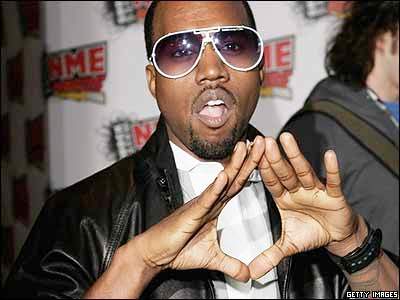