Earlier this month, Gary Coleman proved once again that he has some serious anger issues.

Today, he was formally charged with reckless driving and disorderly conduct.

“Mr. Coleman was notified today of the charges through his attorney,” said Lt. Bill Wright of the Payson, Utah, Police Department. “(Coleman) never spoke to us about what happened, but we gathered evidence after speaking to witnesses and the other party involved.”

Both charges are misdemeanors.

Coleman, 40, was backing out of a bowling alley around midnight on Sept. 6 when his truck hit Colt Rushton, 24, as well as another car. Rushton was taken to a local hospital and treated for minor injuries.

Witnesses said Coleman became irritated after Rushton photographed him. The two argued in the bowling alley and then moved outside, Lt. Wright said.

Rushton’s attorney, Dustin Lance, said in a statement: “This wasn’t a situation of paparazzi or stalker-razzi, this was a fan snapping two photographs with a cell phone.”

Rushton has since filed a lawsuit against Coleman, seeking damages for medical bills, pain and suffering, and punitive damages.

A rep for Coleman wasn’t immediately available for comment.

More from the Insider

If Gary Coleman doesn’t get some anger management soon, we’re going to have another Danny Bonaduce on our hands; a much smaller, less orange one. 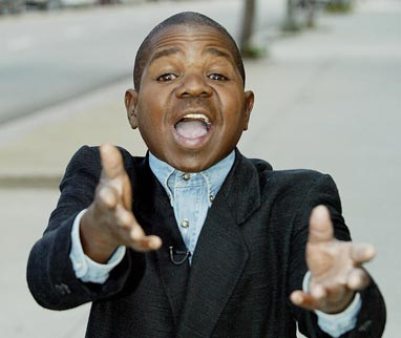