Did you know it was Mark Twain who said that? Neither did I.

What do Michael Lohan, Sandra Bernhard, and Jeremy Piven all have in common?

Denial:
a) an assertion that something said, believed, alleged, etc., is false: Despite his denials, we knew he had taken the purse. The politician issued a denial of his opponent’s charges.
b) an unconscious defense mechanism used to reduce anxiety by denying thoughts, feelings, or facts that are consciously intolerable.

Sharon Stone denies wanting to Botox her son, Roan
It sounds like a wild claim, and her camp is hitting back saying that she never made this statement. Her attorney says, “This week it was reported in connection with Sharon Stone’s custody dispute that she wanted to have her young 8-year-old son undergo Botox treatment at this time for his feet. Sharon Stone never made this statement. It is a complete fabrication. Sharon loves her son Roan and only wants the best for him.” Snarkerati

Elisabeth Hasselbeck Denies She’s Leaving The View
“While Elisabeth [Hasselbeck] has a great relationship with Fox News, there is absolutely no truth to the rumor that she is leaving The View,” her agent, Babette Perry, says in a statement released Thursday afternoon. “Elisabeth is passionate in her beliefs and enjoys being a part of this dynamic group of women and engaging in daily conversations.” Oh No They Didn’t

Paparazzi Denies Britney Spears Sex Tape
Adnan Ghalib has denied reports he is in possession of a sex tape involving his ex-girlfriend Britney Spears, saying he feels like the most hated man in America. The Celebrity Truth

Michael Lohan is a Scientist – Denies Paternity and Talks All Sorts Of Crazy!!!!!
But, the real kicker of the interview is when Michael Lohan reveals his inner Mr. Science. When asked about his alleged illegitimate child, Michael said that although an official paternity test has not yet been performed through a legit lab, he picked up a kit from Walgreens that proved he is NOT the father. Perez Hilton

Piven Denies DVD Tip Story
Entourage star Jeremy Piven has denied he once left a DVD of the show as a tip in a restaurant – insisting the rumour was completely made up….Piven has also denied claims that he often demands extra goodie bags at celebrity events – admitting that when he does go home with free products, he gives it straight to his family. [Jewtastic] 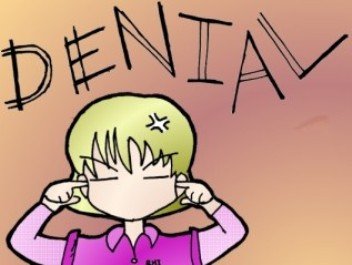