“It had a white-trash theme. Ashlee wore Daisy Duke hot-pants and platform flip-flops with a bathing suit and a fake tattoo around her belly,” one guest said in a scoop to PEOPLE Magazine on Wednesday.

Even big sister Jessica and her papa Joe got into the spirit by dressing up in “trashy” outfits.

“Joe wore a cut-off muscle T-shirt and a mullet wig. It was funny. Jessica was wearing a crazy leopard-print dress that showed off a lot of cleavage.”

That is what the National Enquirer is reporting. They also insinuate that the father is someone other than her fiancé and father of baby Maddie, Casey Aldridge…

“Jamie Lynn believed she couldn’t get pregnant while she was breast-feeding. She’d expected to have her period by early September. A home pregnancy test came back positive and Jamie Lynn cried her eyes out. “

TNE goes on to say that Jamie Lynn is about eight weeks pregnant and she and her mom are both distraught, and don’t know what to do. For now they want to keep it private, but it looks like if it is true, the cat is out of the bag. The magazine also claims that some of those close to Jamie Lynn are urging her to abort the baby.

“They’ve reminded Jamie Lynn how much trouble she had adjusting to motherhood with Maddie, and pointed out that having a second baby now would only be a recipe for disaster.”

And now, for my new favorite white trash activity…..

While paying for his truck’s oil change, my boyfriend noticed a flyer on the shop’s wall about crawdad races at a local bar. It’s kinda like a biker bar, but not really; we didn’t feel out of place being there.

It was a beautiful day, the day of the races, and a wonderful way to spend the afternoon. Our first stop was the bar where we each got a gigantic beer – I could barely lift it! Then we ventured outside and watched a race or two.

There was a wet blue tarp laid out on the ground, with two black circles drawn on it; in the center was a bucket with the bottom cut out of it. The crawdads, each with a number painted on its back, are collected and placed in the bucket. On the count of three, the bucket is lifted and the crawdads are off! The first to cross the larger black circle is the winner. Personally, I don’t think mixing sizes was fair – the larger crawdads had longer legs and could therefore go faster – but it was a great sight to see! 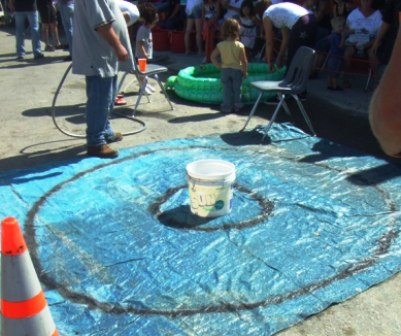 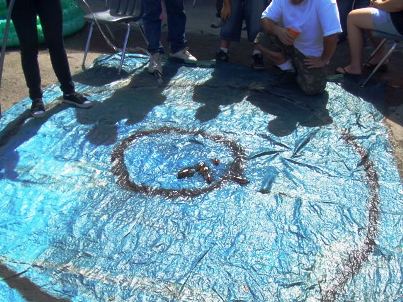 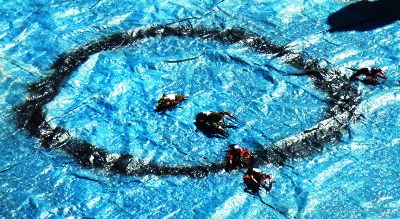 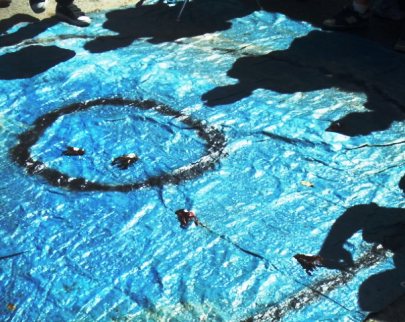 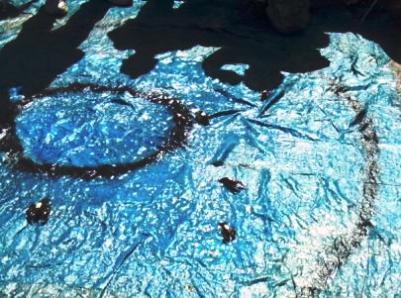 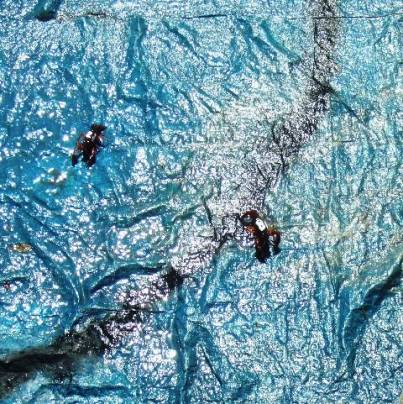 There was also a raffle with various prizes. One of which I won! And there was a great bbq with tri-tip sandwiches, crawdads, and fresh corn. Yummy!

(Those are Christmas glasses, by the way)