Home
Hollywood Gossip
Debbie Matenopoulos Divorce: She Found Out When We Did.

I find Debbie Matenopoulos a bit annoying (I think it’s the voice), but she still doesn’t deserve to be treated in such a disrespectful way. Her husband filed for divorce on Wednesday and the poor girl found out the way the rest of us did – by reading it online.

“I am extremely saddened by the dissolution of my seven-year relationship with my husband,” the host of E!’s Daily 10 tells PEOPLE.

“I am not a proponent of divorce and I believe in working things out,” says Matenopoulos, a two-time Emmy nominee and former co-host of The View. “So you can only imagine my extreme sadness and disillusionment when I was informed of my husband’s divorce proceedings, much like you were, by reading them online.”

Jay Faires, a music executive and Debbie’s soon to be ex-husband, of course cited irreconcilable differences as the reason for the split.

I don’t know about you, but it totally bugs me when celebrities mark the irreconcilable differences box on the divorce petition. I think celebrities should have a different form to fill out where they have to spell out exactly the reason for the divorce. After all, enquiring minds want to know.

Debbie’s real name is Despina; she was named after her grandmother.

She is fluent in Greek.

One of Debbie’s most embarrassing moments happened in high school when she crashed the Drivers’ Ed car into a tree in front of the school. 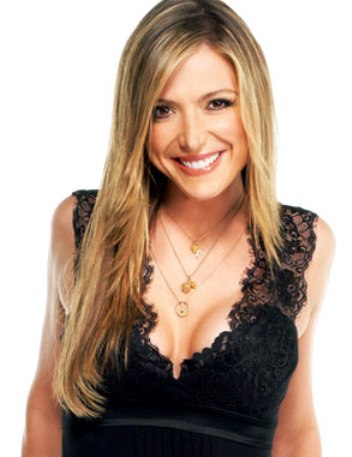