It’s not official; in fact, it’s really just a rumor – but you know how rumors go in Hollywood.

Ashlee Simpson Wentz is said to have gone into labor on Saturday. It all started when Pete Wentz posted a vague, yet perhaps very telling, statement on his blog:

due to breaking news and scheduling conflicts i will not be appearing on larry king live tonight, though i am a big fan of the show and look forward to appearing on it in the future. i also look forward to the chance to continue supporting civil rights and speaking out against the passing of proposition 8 and others like it (im looking at you arizona and florida) whenever and wherever i can.

A source close to Ashlee Simpson and Pete Wentz told Life & Style magazine that “Pete texted his friends last night that Ashlee is in labor!”

I was just remarking to myself the other day that it feels like Ashlee Simpson has been pregnant forever. It’s funny how some celebrities seem to be pregnant for mere months, while others are carrying around that belly for like a year.

Simpson married Fall Out Boy bassist Pete Wentz on May 17, 2008. The two were first seen together in late 2006…

Eventually the two began to acknowledge the relationship. In mid-2007 Wentz spoke about their relationship to InTouch magazine, saying of Simpson that “I have never met somebody who makes me feel the way she makes me feel”….

The couple announced that they were engaged on April 9, 2008. Simpson had previously been wearing what she described as a “promise ring” from Wentz for several months…

On May 28, 2008, Simpson and Pete Wentz announced on Fall Out Boy’s official website that they are expecting their first child.: “While many have speculated about this, we wanted to wait until the press was gone to have our first child. This is truly the most joyous time in our lives and we are excited to share the happy news and start our family.” 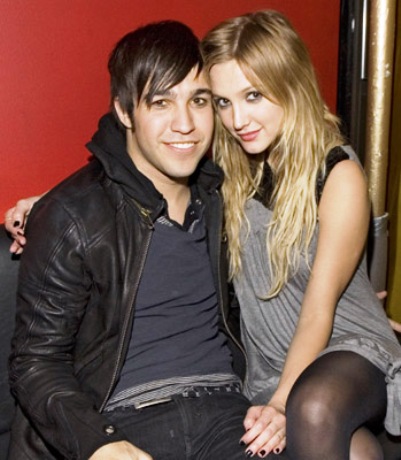