Ashlee Simpson is still with child and did not go into labor this weekend. Evil Beet

Heather Locklear has officially been charged with a DUI, stemming from her September arrest. Staralicious

So, I don’t know about you, but I think “The Bachelor” season six winner, Mary Delgado needs to stop drinking. For the second time since Delgado received the final rose from Bachelor Byron Velvick, the reality show winner has been arrested – this time for refusing to remove her highly intoxicated self from Lorina’s Cantina in Del Rio, Texas when the bar owner tried to throw her out. Delgado would not budge and stated that it was her “constitutional right” to remain in the bar as long as she pleased.

Police were called and once inside the squad car, Mary Delgado tried her best to kick out the car’s radio. She was then transported to the Val Verde County Correctional Facility.

Shortly after Mary Delgado’s arrival, her fiancé Byron Velvick arrived and bailed her out. Byron also bailed out Delgado last year when she was arrested for allegedly punching Velvick in the face. It was just around this time of year, as a matter of fact. Hmm, I wonder if Miss Delgado has some issues with Thanksgiving. Maybe she was attacked by a turkey when she was little or something. 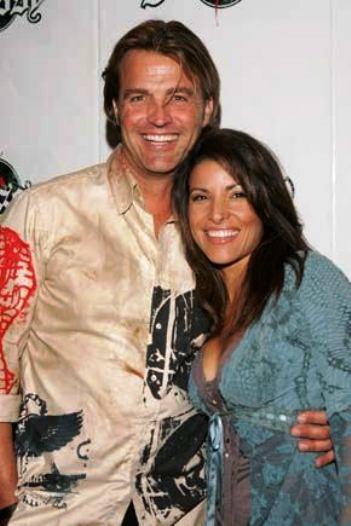