Here’s a bit of sad news the day after Thanksgiving.

The National Enquirer is reporting that Patrick Swayze has taken a turn for the worse as his cancer has now spread to his liver. Supposedly doctors have told Swayze that the “countdown to the end” has begun, so the star is saying goodbye to all his loved ones.

You know, this whole Patrick Swayze has cancer thing really sucks. He seems like such a wonderful person and so caring, that it’s just sad to see his life ending this way.

Patrick Swayze and his wife Lisa have been together forever and I can only imagine the horrifying heartbreak she is facing.

New reports in the National Enquirer now claim that the actor has started bidding farewell to his friends and family after finding out the cancer had spread further.

A source told National Enquirer magazine: “Patrick recently got word that the cancer had spread to his liver and that is what his doctors said would begin the countdown to the end. Patrick knew it was coming because he was suffering increased weakness.”

“At times, he was so weak that he could barely walk without feeling faint. Sometimes he feels out of breath and has to sit down.”

According to reports, the 56-year-old has told his wife Lisa and brother Donny that he doesn’t have long to live. 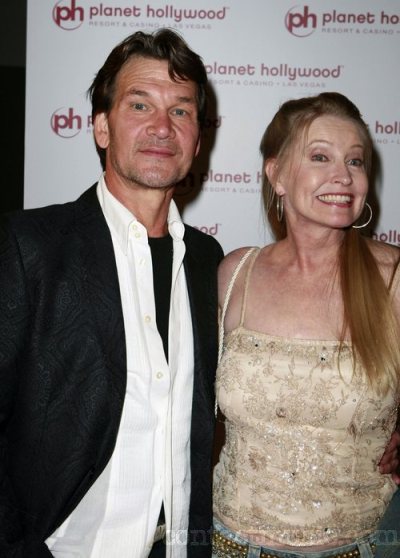