If you have a family – broken or not – you need to see this film.

Without giving anything away, I can tell you that the movie revolves around well to do couple Kate and Brad (Witherspoon and Vaughn), who want nothing more than to avoid their families at Christmas time. But this year they aren’t successful and end up spending a day begrudgingly visiting each of their parents – four households in total.

Hilarity ensues as family members expose secrets, all the while teaching Brad and Kate what life and family is really all about.

The movie stars Robert Duvall and Sissy Spacek as Brad’s parents and Mary Steenburgen and Jon Voight as Kate’s parents. Country singers Dwight Yoakam and Tim McGraw are in the movie too. See if you can figure out who they are – I got one of them right away but the other wasn’t so obvious.

Speaking as someone who comes from a fairly dysfunctional family, Four Christmases is a must see this holiday season.

And clearly, I am not the only one who feels this way. From E!Online:

Vaughn’s and Reese Witherspoon’s Four Christmases debuted atop the weekend box with $31.7 million, per estimates compiled by Exhibitor Relations. Since opening last Wednesday, the holiday comedy has taken in $46.7 million.

Here’s a recap of the top-grossing weekend films based on Friday-Sunday estimates compiled by Exhibitor Relations:

Other must see holiday movies: 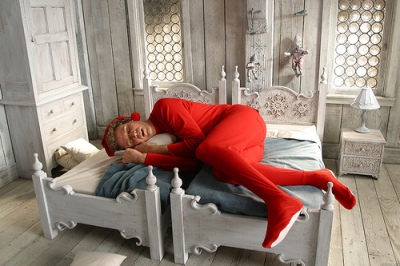