I went to the dentist today. No cavities, once again. I’m proud to say that I have not had a single cavity since my baby teeth. I’m not really sure what that means other than I have good teeth, I just thought I’d share.

We think it’s wonderful,” said Colleen Jones, the sister of Bristol’s grandmother Sally Heath, who confirmed the news. “The baby is fine and Bristol is doing well. Everyone is excited.”

After 20 years and 3 children, Woody Harrelson and girlfriend Laura Louie have married.

The 47-year-old actor and Louie, 43, “were officially married yesterday on the island of Maui,” his rep tells PEOPLE.

The intimate ceremony was attended by family and friends.

In 1996 Woody Harrelson was arrested during a protest to protect the Redwood Forest. He and a group of fellow protesters, climbed cables on the Golden Gate Bridge in San Francisco demanding the forest be protected.

Woody is known to be a pro-active campaigner for the legalization of marijuana…..

“I do smoke, but I don’t go through all this trouble just because I want to make my drug of choice legal. It’s about personal freedom. We should have the right in this country to do what we want, if we don’t hurt anybody. Seventy-two million people in this country have smoked pot. Eighteen to 20 million in the last year. These people should not be treated as criminals.” 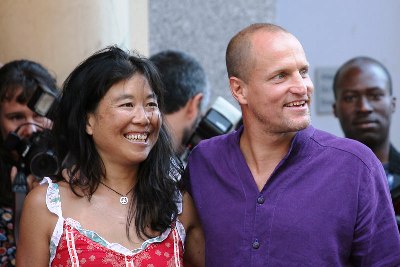