Happy New Year my friends! I hope you all had a fun – and safe – night last night.

Charles Barkley was out looking for something quite specific last night when he was arrested. Find out what it was HERE.

Comedian Dane Cook’s year has gotten off to a pretty crappy start. So has his half-brother’s for that matter.

Darryl McCauley, Dane Cook’s older half-brother and long time manager has been arrested for embezzling millions of dollars from the star.

The 43-year-old McCauley was taken into custody Tuesday at his home in Wilmington, Massachusetts and has been charged with forgery, larceny, and larceny by continuous scheme.

Among other things, Darryl McCauley is accused of taking money from Cook’s accounts between July 2007 and December 2008, as well as forging the entertainer’s signature on a $3 million dollar check payable to himself.

As a teenager Cook worked for McCauley at Burger King and has often referred to that time in his comedy.

“He used to do the schedules in pen, but he did mine in pencil because I was always one step away from being taken out,” he says with a laugh.

Back in the early days of Dane Cook’s career, Darryl McCauley would sell merchandise at the shows, as well as manage Cook’s email list and website until the comedian was able to afford to hire him full time.

Hmm, I wonder what he thinks about that decision now. Look at the bright side Dane, the year can only get better from here. 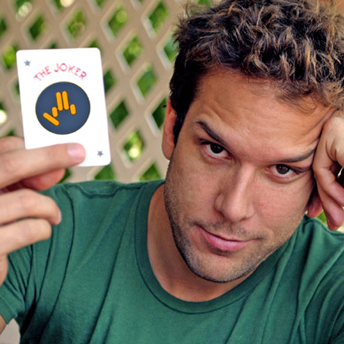