Sarah Jessica Parker and Matthew Broderick have been married for 11 years – which, in terms of celebrity marriages, is quite a long time. But it looks like the union may be coming to an end.

It has long been rumored that 46-year-old Matthew Broderick has a wandering eye, most recently having hooked up with a 25-year-old brunette, and that his marriage to Sarah Jessica Parker has hit the rocks.

Sources say that Sarah Jessica, 43, has spoken to a New York broker about finding her an apartment.

“Sarah’s not stupid. She knows exactly what’s going on. For a while it was easier for her to stay than go through a harsh divorce. They’re essentially living separate lives.”

The fractured couple spent the holidays together for the sake of their 6-year-old son James Wilkie, but that time with each other only made things worse.

“They spent the holidays with him, pretending to be happy. Sarah is a great actress when she has to be!”

I’ve always like Matthew Broderick but I gotta say that this whole situation has made me look at him differently. I will never for the life of me understand why people cheat, and it really pisses me off when someone I respect steps outside of the relationship. Don’t get me wrong, open relationships and other love combinations are a-ok with me, but when someone’s in a monogamous relationship and they’re unfaithful…..well, let’s just say I wish we were allowed to stone people to death. 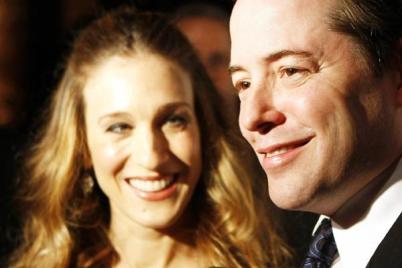