Gossip Girl actress Kelly Rutherford filed emergency papers with the L.A. Superior Court on January 9th in an attempt to keep her estranged husband David Giersch away from their 2-year-old son Hermes; Rutherford, 40, is seeking to bar Giersch, 34, from traveling outside the U.S. with the baby.

Not to be outdone, David Giersch filed papers with the court alleging that Kelly, who is 4 months pregnant with their second child, has a bad temper, once even throwing a laptop at Giersch.

Kelly Rutherford filed for divorce from her husband of two years last month. She sighted the ever-lovable ‘irreconcilable differences’ and asked for sole physical custody of Hermes and monitored visitation. That same day David Giersch filed for legal separation, asking for sole legal and physical custody with visitation.

According to Kelly Rutherford’s declaration with the court, she feels “there is some risk that [Giersch] will leave the country with Hermes and I will not know where they are.” She goes on to say that at some point during the marriage, Giersch informed the actress that there was a pending investigation in his native Germany that could lead to his arrest.

Rutherford also claims that Giersch has anger issues and that he “has a history during our marriage of getting angry with me and leaving, without telling me where he is going.”

But, as I stated earlier, Giersch says that Rutherford is the one with the temper, “[she] has tried to hit me with an open fist when she’s had an angry outburst. On July 6, she threw a laptop computer at me while we were in Hamburg. She smashed the computer on the table and left it broke.”

The mud has been flung in yet another Hollywood divorce. Game on!! 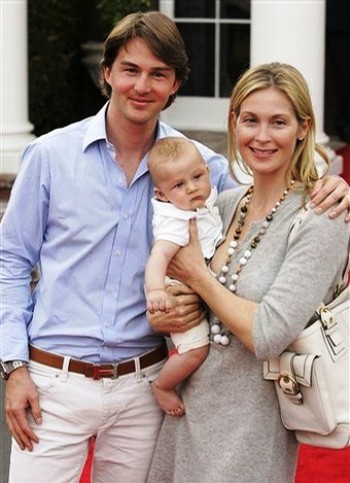