Ze plane! Ze plane! Mr. Roarke has gone to the big Fantasy Island in the sky.

Ricardo Montalban, most lovingly known as Mr. Roarke on Fantasy Island, died today in Beverly Hills at the age of 88.

An official cause of death has not been given, but Montalban’s son-in-law Gilbert Smith told People Magazine that the Mexican born actor had been having some health problems for a few months and that he passed away due to “complications of advancing age.”

“He was in peace,” said Smith, who said that the actor was surrounded by his children and grandchildren. “He will be missed,” added Smith.

Side note: I think “complications of advancing age” sounds better than “natural causes.”

Ricardo Montalban was born in Mexico City on November 25, 1920. He began his acting career in the early 1940s with lead film roles in his native Mexico and small parts on Broadway. Montalban’s life changed forever when MGM brought him to Hollywood in 1947 and turned him into a romantic lead.

Although Ricardo was successful in films, he became a true icon when he brought to life the white suit wearing, plane greeting Mr. Roarke on the ABC drama Fantasy Island. Montalban also played Captain Kirk’s nemesis Kahn in Star Trek: The Wrath of Kahn and most recently Grandpa Cortez in the family friendly Spy Kids movies.

Another side note: I’ve often said that People Magazine needs to hire me as an editor. I read the darn thing with a red pen, for crying out loud. I sent them an email once telling them they called an architectural masterpiece in Italy by the wrong name, but I never heard back from them – nor did they publish my correction. Below is another example of why People Magazine needs a new member of the editing staff (me!). Do you see what I see?

Montalban was proceeded in death by one year by his wife of 63 years, Gorgiana Young, the younger sister of his frequent co-star Loretta Young.

For those of you who didn’t catch the error, the word “proceeded” should be “preceded.” Shame on you People Magazine! When you’re ready to hire a new editor, you know where to find me. 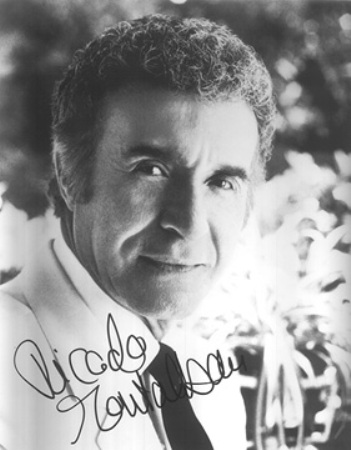