Britney Spears kicked off her first tour in 5 years Tuesday night in New Orleans. It got some mixed reviews, but the two things that everyone seems to agree on is Britney’s obvious lip syncing and her lack of energetic dancing.

I’m not at all surprised about the lip syncing; after all, Britney Spears is not a singer as much as she is a performer. The lack luster dancing however was not something I was expecting.

I’m not going to come down on her for it though; I mean, she’s been through so, so much these past 5 years – just the fact that she’s upright and actually engaged in a healthy activity (like wearing underwear) is good enough for me.

Her nerves were obvious last night, but that’s ok; soon those nerves will fade, and Britney Spears will truly be back.

Until then, visit these great sites for a crap load of pictures (and some videos) plus more opinions and details from Tuesday night’s Britney Spears concert in New Orleans.

I Need My Fix

I Need My Fix again

In Case You Didn’t Know 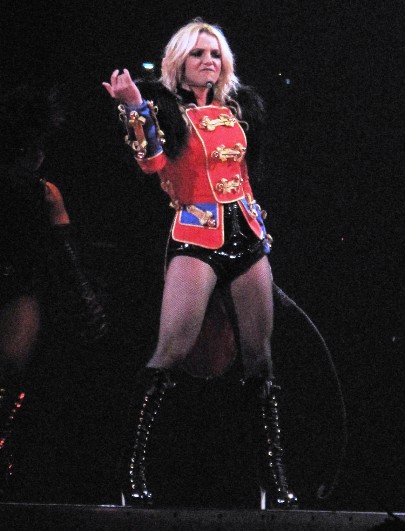