The first episode of the new season of Dancing With The Stars started a few minutes ago, but I already have the results. Thanks to [Us Magazine]…..

Lil Kim
Dedicating her cha cha cha to the women at the “federal detention center,” the rapper (who was sentenced to prison in 2005 for federal perjury) took home one of the night’s top scores of 21. Judge Len Goodman called her moves with partner Derek Hough “first class,” although Goodman admitted she needed “more refining” and needed to “work on posture.” Bruno Tonioli called her routine “nasty but tasty,” adding that she can “work wonders with that tushy.”

Belinda Carlisle
Nabbing a 17 for their waltz, the former Go-Go’s singer and partner Jonathan Roberts didn’t impress judges. Tonioli complained that Carlisle “began like Julie Andrews but turned into Cloris Leachman,” noting that she needs to “work on the footwork.” Carrie Ann Inaba said “it wasn’t [as bad as] Cloris Leachman,” but advised Carlisle to trust her partner more. “Let him lead you,” she said.

Steve-O
He turned out to be a jackass on the dance floor, nabbing a 17 for his waltz. Tonioli called his performance (with partner Lacey Schwimmer) a “big pile of slapstick, but you did make me laugh.” Inaba said she had “mixed emotions,” but admitted the performance was “oddly mesmerizing.”

Gilles Marini
The naked Sex and the City movie star earned the night’s top score of 24 — and had female fans screaming. “You have great potential,” said Inaba after his cha cha cha with partner Cheryl Burke. “You have fire.” Added Tonioli, “Clothes on or clothes off, you certainly know how to strut your stuff.”

Chuck Wicks
Despite being a couple in real life, the country singer and partner Julianne Hough didn’t come across so relaxed in front of judges. They got a score of 20. “At times I felt like you were chasing her,” said Tonioli. “I thought you were gong to strangle her. You gotta calm down.” Goodman said it was “hectic here and there,” but Inaba called Wicks one of “the most graceful men we’ve had on our show in a long time.”

Holy Madison
Filling in for the injured Jewel, Madison only had a few days to rehearse with partner Dimitri Chaplin — and the judges noticed, giving them a score of 18. But the judges have higher hopes for the two next week, since they’ll have more time to rehearse. Said Goodman, “I’m sure you’re gonna come out and be fabulous.” Inaba said Madison had “a lot of charisma,” but resembled a “newborn deer” at times. “Work on the balance, and you’ll be fine.”

Ty Murray
The judges were harsh when it came to Jewel’s husband and partner Chelsea Hightower, giving them one of the night’s lowest scores — 14 — for their cha cha cha. Cracked Tonioli, “It looked more like an army drill than a cha cha cha.” But Inaba called Murray, a nine-time World Champion rodeo cowboy, “one cute cowboy. You did have fun. Keep it up!”

Shawn Johnston
The youngest competitor on the show (she’s 17), the Olympic gymnast and partner Mark Ballas left Inaba “truly moved” after dancing the waltz. Tonioli said the routine was “surprisingly refined for somebody so young,” while Goodman called it “fantastic.” They earned a 23.

Steve Wozniak
Ouch. The Apple co-founder and partner Karina Smirnoff got a score of 13 for their cha cha cha. While Goodman called their routine “a disaster,” Tonioli was harsher: “It was like watching a Teletubby go mad!” But Inaba praised Wozniak for having fun on stage: “You’re definitely doing something new and going out on a limb.”

David Alan Grier
He and partner Kym Johnson got a 19 for their waltz. “You’re all over her,” Tonioli complained. “Be careful with your face – it tends to distract us,” Inaba cautioned. Said Goodman, “Your bottom sticks out … but overall I thought it was very commendable.”

Denise Richards
Dancing the cha cha cha with Maksim Chmerkovskiy, Richards looked “terrified,” Inaba noted. Goodman added that she needs to relax: “You gotta tone it up. It always looks like Maks is pulling you around.” Said Tonioli, “I know there is something there.” They earned a score of 18.

Melissa Rycroft
Signing on this past Friday for an injured Nancy O’Dell, the Bachelor reject (and partner Tony Dovolani) impressed judges by dancing the waltz, earning a score of 23. “I don’t know the Bachelor guy, but he’s a loser,” exclaimed Tonioli, referring to Jason Mesnick, who famously dumped Rycroft on national TV. “You are a revelation! It was like watching a beautiful bird about to take flight.” Inaba added that Rycroft, who has danced ballet before, “did a wonderful job. You’re just a beautiful dancer.” 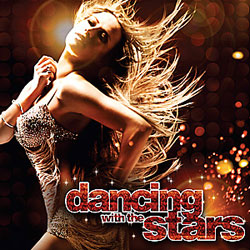