From the California Attorney General:

Attorney General Brown will discuss the charges and the arrests Friday, March 13 at 10:00 a.m.

Over a period of three years, Doctor Khristine Eroshevich, Doctor Sandeep Kapoor, and Howard K. Stern furnished thousands of prescription pills to Ms. Smith, including opiates, benzodiazapines, and other controlled and non-controlled substances.

What: Brown to Discuss Charges and Arrests in Anna Nicole Smith Investigation

The investigation, launched in March 2007, is a cooperative effort between the California Attorney General’s Office, the Medical Board of California, the U.S. Drug Enforcement Administration, and the California Department of Insurance, Fraud Division.

Agents from these organizations worked in conjunction with the Los Angeles County District Attorney’s Office executing multiple search warrants, reviewing over 100,000 computer images and text, analyzing patient profiles and pharmacy logs, and have interviewed dozens of witnesses throughout the country and abroad.

Eleven counts were filed today. Arraignment dates for the defendants have not yet been scheduled. Bail was recommended at $20,000 for each defendant.

AWESOME!! Finally some sort of justice for Anna Nicole has begun. Will murder charges follow? 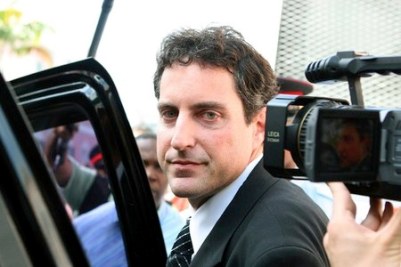