This morning on his radio show Imus In the Morning, Don Imus shared with his audience that he has stage two prostate cancer.

Don Imus sounded upbeat and hopeful for his recovery, saying that he has “great confidence” in his doctors and is sure he will beat the deadly disease.

“The day you find out is fine. But the next morning when you get up, your knees are shaking. I didn’t think I could make it to work.”

Imus didn’t give any details about his cancer other than that he has it.

I guess this is the part where I’m supposed to have some sort of empathy for the old guy, but I can’t really seem to muster it. And I highly doubt I’m the only one who feels this way.

In case you can’t remember why there’s so much animosity towards Don Imus, let’s take a short stroll down memory lane…..

Back in April of 2007, Don Imus took to his airwaves and insulted thousands of people when he referred to the Rutger’s Women’s Basketball Team as a bunch of “nappy headed hos.”

As a result Don Imus lost his job. But he must have gotten it back, seeing how he made his cancer announcement on his radio show today.

Am I the only one who sees the poetic justice in a butt head like Don Imus getting cancer of the prostate? 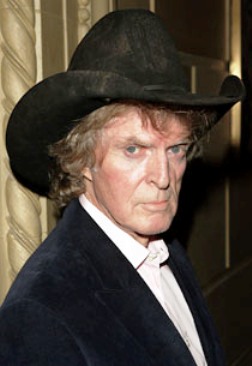