Today we are reminded of just how precious life is, and how quickly it can be taken away.

In just a matter of days, 45-year-old actress Natasha Richardson went from a vibrant wife and mother of two to a woman clinging to life, and then ultimately losing it.

Natasha Richardson was on vacation with at least one of her two sons on Monday when she slipped and fell during a ski lesson on a beginner’s slope outside of Montreal, Canada. She had no visible signs of injuries at the time and was even joking and laughing after the incident.

About an hour after falling, Richardson complained of a headache and was taken to the Centre Hospitalier Laurentien in Ste-Agathe, then later transferred to Hopital du Sacre-Coeur in Montreal.

Natasha Richardson’s husband, actor Liam Neeson, 56, was filming a movie in Toronto and immediately rushed to be by her side.

On Tuesday, the couple of 15 years flew on a private jet to New York, where their family and friends gathered for a vigil.

Doctors described Natasha’s condition as ‘leakage of blood between the brain and the skull’ a close source said, adding that the prognosis was not good, “It’s not official yet, but they basically will detach her.”

“Liam Neeson, his sons, and the entire family are shocked and devastated by the tragic death of their beloved Natasha. They are profoundly grateful for the support, love and prayers of everyone, and ask for privacy during this very difficult time.”

Just so you know, I have been following this story from the beginning, but I was very hesitant to write anything on it until all the details were known and the rumors confirmed. This was a crazy freak accident and I didn’t want to disrespect the family in any way by reporting false facts.

My thoughts and prayers are with Natasha Richardson’s family and friends. 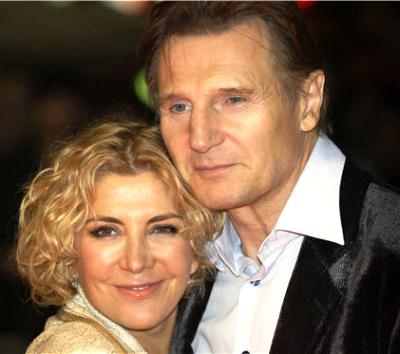