After seven and a half of dating, actor Harrison Ford, 64, has proposed to girlfriend Calista Flockhart, 44. It happened over the Valentine’s Day weekend while the couple was on a family vacation with son Liam.

Ford and Flockhart have always been a pretty undercover couple, and value their privacy so I’m not at all surprised it took over a month for the news of the engagement to hit the news wires. A source close to the couple broke the news to PEOPLE, but there has not been an official confirmation from either celebrity’s rep.

Calista Flockhart and Harrison Ford met at the 2002 Golden Globe awards after the Ally McBeal actress purposely spilled a drink on the Indiana Jones star so she could meet him. Sounds pretty cheesy, but it worked, and the two have been inseparable since.

“I’ve been around him long enough to know that he has every opportunity at any given moment of the day to be with almost anyone…The fact that he chooses to be with Calista shows me that there’s something that they’re both completing in each other that makes it worthwhile.” [Source] 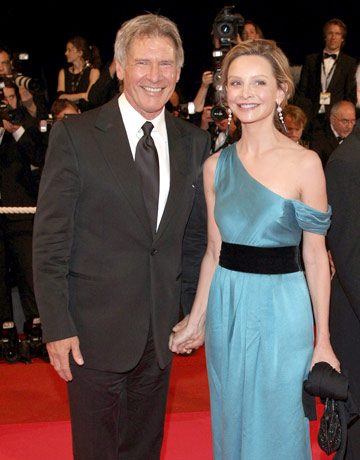